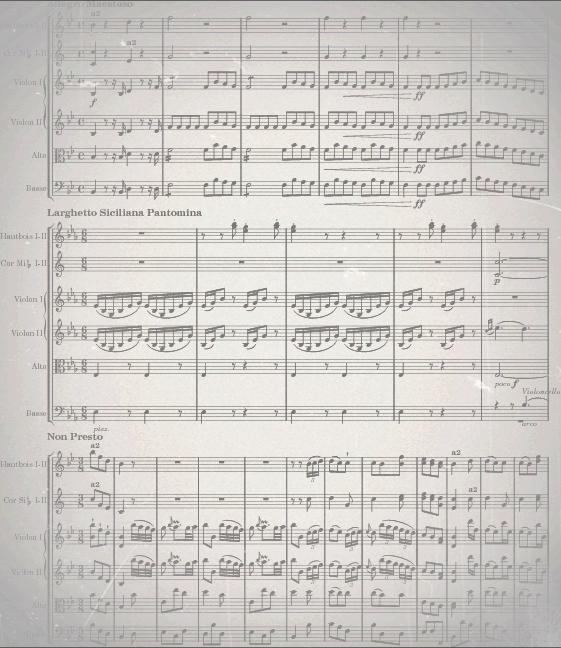 History of the Lukens Band

Today the Lukens Band is comprised mainly of adult musicians, and it benefits from the support of The Huston Foundation and The Stewart Huston Charitable Trust. It was not always this way.

The band origin dates back to 1911 by which time baseball was an integral part of the American way of life. Ty Cobb, the "Georgia Peach", was tearing up the base pads (and opposing team member's shins) on his way to becoming one of the greatest players in the game's history. This excitement was not lost on the youngsters in Coatesville, Pennsylvania. In the spring the city parks were filled with aspiring Ty Cobbs.

Mr. and Mrs. Charles Lukens Huston were, also, keenly aware of the attraction baseball had on Coatesville's young people. They had a good measuring stick -- empty seats in their mission's afternoon Sunday school class. Actually, the Hustons did not object to the youngsters playing baseball. It was just when they played the game that concerned them. As devout Christians, they believed that Sunday should be set aside as a day for more spiritual pursuits than throwing a strike or hitting a home run.

The Hustons realized that to bring the young men back into the fold they needed an attractive, yet wholesome, alternative to Sunday ball playing. Believing that "music has charms to soothe a savage beast" the Hustons formed a children's band.

The first meeting of the Lukens Mission Band brought together fifteen youngsters with little or no musicial ability or knowledge. That fact did not deter the Hustons from purchasing musical instruments and appointing John Vanderslice, who was superintendent of the Lukens Steel Company's flanging department, to direct the novice musicians.

As vice president of Lukens Steel Company, the oldest steel company in America, Mr. Huston knew incentives were a good way to increase interest. To encourage rehearsal attendance, each member received a dollar for every practice session that he attended. The money was paid at Christmas time and, depending on the number of rehearsals a band member attended, the money often amounted to a good sum for a young man in the early 1900s.

At first the band's engagements were centered on religious activities and church events. They, also, played at local church picnics, Christmas programs and revival functions. With motorized transportation still a novelty engagements outside Coatesville were often adventures in themselves. Their first road trip took them 35 miles east to Philadelphia and an inner-city mission.

By 1915 the band had grown to twenty-five members and, outfitted with new uniforms, they performed their first concert at the nearby Lenape Park band shell. That performance opened up other opportunities for public concerts and as a result greatly expanded the band's repertoire. It, also, began attracting experienced musicians. Through the years that followed, the Lukens Band became a regular part of Coatesville's parades and festivities.

Although the Hustons founded the band, its association with the Lukens Steel Company was not firmly established until 1951. Charles Mast, Jr. (1915-2000), who joined the band in 1932 and was its business manager for over 30 years, remembered how the relationship between the company and the band occurred.

"We needed to raise money, so our director, Charles Gates, arranged a weekly band concert and bingo night at a local firehouse," explained Charles Mast. "The band entertained while people played bingo. The money raised was used to purchase music, repair instruments and cover various expenses.

"Well, it wasn't long before Mr. Huston heard about our fund raising approach and advised us to stop immediately. He said he didn't want Lukens' name associated with what he considered gambling (bingo)," recalled the former band manager. "Mr. Huston then directed his assistant, Roy Widdoes, to find out how much financial assistance we required, and we were given the needed funds. It was, also, then that we added 'Steel' to our name and became Lukens Steel Band."

Lukens continued to underwrite the band's financial support for succeeding years. The band submitted a detailed report on the band's activities and proposed needs for the coming year to Lukens, which provided money through the company's community relations budget.

In 1994 the band incorporated as The Lukens Band, reflecting a broader scope as a non-profit public organization, the end of support by the Lukens Steel Company and the beginning of support by The Huston Foundation and The Stewart Huston Charitable Trust.

To keep in concert form the band meets for practice nearly every week from spring to late fall in the band room that is in the basement of the headquarters building of The Huston Foundation. This stately building on First Avenue in Coatesville formerly contained the offices of the top Lukens' executives. In 1999 the band performed in over 80 events. In addition to summer concerts the band, also, marches in parades and participates in civic dedications. Each year performances are held in numerous nursing homes, retirement homes, senior centers, the Coatesville Veterans Administration Hospital, and the Pocopson Home. A typical program ranges from marches to Broadway hits to popular tunes as well as instrumental and vocal solos.

The band was directed by Robert Herr from 1967 to 2011 with the exception of one or two years in the 1990s when Warren Mansur was the director. In November 2011 Robert Herr was elevated to the position of emeritus director and George Haughton was appointed the director. The band's musicians range in age from the teens to the seventies and eighties. Its membership, which includes high school students, teachers, business persons and retirees, is open to anyone that enjoys playing music.

The array of musical instruments has increased over the years. Many of the instruments are the property of the musicians, but the band purchases and maintains some larger instruments and musical scores for the organization. Three musical groups comprise the band, namely the Concert Band, the Marching Band and the German Band. The German Band, started in the 1950s, plays at numerous occasions throughout Chester County with many engagements at local senior centers. Dressed in tradional Bavarian attire of red vests, suspenders, lederhosen and green felt hats, the German Band is a popular atraction at county events.

The Lukens Band is analogous to other non-profit, cultural music organizations. In addition to the support that the band receives from The Huston Foundation and The Stewart Huston Charitable Trust, it benefits from the contributions of individuals, community groups and businesses. This support enables the band to promote the musical heritage of our nation as well as the harmonious melodies of all ages.

You may read about the history of the Lukens Band and its outstanding members by selecting one of the following links.

June 23, 2014 message from Mike Givler to the band members

History of the Lukens Band